Our Police Tax services are #1 in Australia.Try our services.

20Aug- 2015, by:G.Angus
You can do your tax multi ways online ,skype or in person at our office in melbourne.

20Aug- 2015, by:G.Angus
We know what law enforcement officers can claim on their tax.

20Aug- 2015, by:G.Angus
We get your refund back into your nominated back account .

20Aug- 2015, by:G.Angus
We get your refund back into your nominated back account.

Watch out for the ATO computerised data matching.

what can I claim in my first year after the academy.

Trying to do their own tax via MyGov ATO online.

3.ATO due dates-don't get fined

Tax return for all individuals are due on or before the 31 October 2019.Find out about the key changes this tax time, and what you can do to prepare, and things to consider before lodging tax returns.

Make sure that you include all your salary and bank interest on your 2019 tax return.

Make sure you have kept all your receipts

Rules for claiming work-related expenses are you must have spent the money and weren't reimbursed the expense.

The expense must be directly related to earning your income and you must have a record to prove it.You cannot claim for private related expenses.

Don't forget private expenses are not tax deductible which includes travel frome to work and back again.

Compliance with the ATO substaintiation rules is important to follow.

Do you have Private Medical Insurance(PHI)?

The Medicare levy surcharge (MLS) is levied on Australian taxpayers who do not have private hospital insurance(PHI) and who earn above $90,000 for singles. and $180,000 for couples combined.It is designed to encourage individuals to take out private hospital cover.

The Medicare Levy is a tax paid (usually 2%) by people who earn above a certain amount every year, in order to partially fund Medicare.

8.Should I get Health Insurance?

If you don’t get private health insurance by the age of 31 years the insurance companies will probably load up your premiums to adjust for each year you don’t have it. The choice may be made based on adverse tax considerations or simply where you need an urgent medical procedure such as a hip replacement or you may have to go on a public hospital waiting list for a few years.

Private health insurance(PHI) rebate is an amount the government contributes towards the cost of your PHI premiums for private hospital cover or general cover.This rebate is income tested, at a higher income, your rebate entitlement may be reduced, or no rebate at all.

We discuss other taxation matters which may impact on your tax refund.

HECS-HELP is both a loan and a student discount. Once your income reaches a certain threshold (currently $51,957 for the 2018-2019 financial year), loan repayments are then made through the tax system.

11.RFBT -Fringe benefits how do they work?

12.Salary packaging is it really worth it?

13.Reportable Superannuation what happens if I add extra?

What do i do if an ATO investigator contacts me for a tax audit?

20Aug- 2015, by:G.Angus
The first thing to do is keep calm and ring your trusted tax agent to discuss. We have a very strict procedure in handling ATO audits and reviews. But Please make sure you have all your tax receipts

Generally, taxpayers get audits because they are choosing by the ATO computers to look at the quantum of total tax deduction claims that are outside the average for your occupation. That doesn't mean that you have done something wrong. You have just been caught up in the ATO algorithm sequence.

11.What is the Difference between an audit and a review?

A review by the ATO is to look at your claims and consider whether they are all work related and that they aren’t of a private nature. It may be escalated to a desk audit if the initial review reveals something untoward. If you have made a mistake normally the ATO wont penalise you but ask for the tax back. A penalty can be applied if you have been reckless in preparing your own tax.

12.Can a tax agent help with and ATO Audit?

Yes, it is wise to use the services of a tax agent in the event of an ATO audit. A tax agent will know what the ATO expects and will help you get your paperwork and explanations together in an orderly manner.

13.What happens if I am not compliant?

The ATO might reverse tax deductions that perhaps should not have been claimed in the first place or may have had an element or portion of a private nature. A deduction is ONLY normally allowable if an expense meets ALL of the following tests: -
1. the expense was actually “incurred” before the end of the income year;
2. the expense meets the deductibility/nexus tests – that is, it was incurred in deriving the taxpayer’s current income and it was not private, domestic or capital in nature; and
3. the taxpayer can satisfy the stringent substantiation rules – that is, the taxpayer has written evidence of the expense incurred (if required). You might have to pay back the primary tax with some interest component.

29.We cater for all sorts of Police occupations.

31.Our tax services are #1 in Australia.

21. I want the biggest refund

23. why was my refund short

We can help other occupations related to spouse or partner

5.Can I cliam car kms on my tax 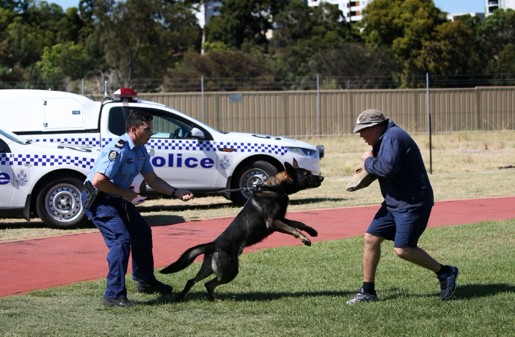